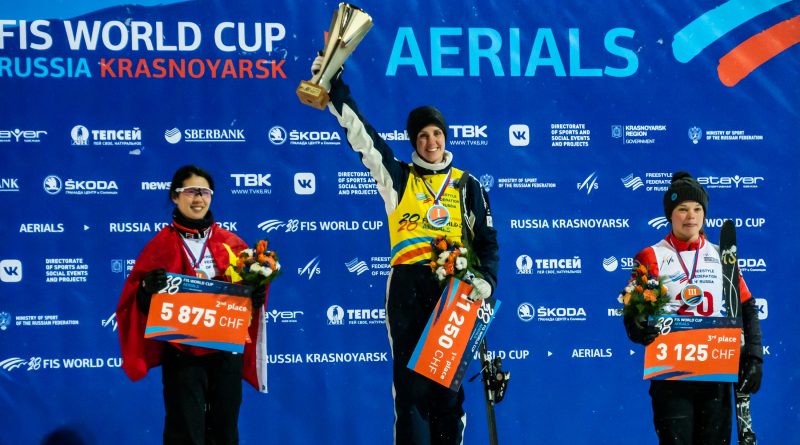 Before the competition Peel was sitting just 44 points ahead of China’s Xu Mengtao in the women’s World Cup ranking, with the final jumps of the season deciding who would take home the overall season title.

When Xu failed to land her jump cleanly in the first round of finals and missed the cut into the top six final round, it was clear that Peel would be victorious. Despite having secured the crystal globe in the middle of the competition, Peel still stepped it up on her final attempt on the day. As the last athlete in the women’s competition, the 2015 World Champion from Canberra executed her most difficult full-tuck-full triple somersault perfectly to win the competition with a final score of 96.99 points.

“It’s hard to put it into words at the moment,” said Peel, “I honestly couldn’t be happier right now.

“It’s my first globe and it’s been almost 10 years working towards it. I have a great team around me and I’m super stoked with the result today.”

Behind Peel on the podium was China’s Xu Sicun with a score of 95.86 in second place and American Ashley Caldwell in third with 88.83 points.